The story of LNWilliams Engineering & Mining Company started way back in the summer of 1983. Mr. Williams and his best friend Troy were, as usual patrolling the backwoods of western Oregon looking for anything of interest, usually fishing, sometimes unlocked dynamite, just depended upon how the day was going. Of course, dynamite was always the best, made fishing much more exciting.

During one of these outings, they pulled out their trusty gold pan that they had been hauling around for months since Williams had bought it the summer before while visiting his Uncles at their northern Nevada placer gold mining plant. They had already spent the entire day exploring the high mountain waterways looking for the unsuspecting trout, so wasn’t really into further prospecting. Williams pulled out the gold pan and panned some material that was in the creek bed and without much to see, tossed the material out of the pan and threw it in the back of their 4×4 Nissan Patrol and headed home.

About a month went by before the two decided to clean up the gear and while cleaning the equipment from the month before, tossed the pan in the garage. All the while the boys were still cleaning out the vehicle, Mr. Williams Uncle hollered “Hey, where did you go panning?”

To the complete surprise to everyone, stuck to the gold pan was several small pieces of small gold, they knew this because they quickly proceeded to hammer the pieces flat to about the size of an eraser head on the anvil which sat on the shop bench. It was this unexpected find of gold in a place that absolutely no one had ever discovered gold before, or at least had ever revealed that had which started the quest for gold for Williams.

Mr. Williams was always extremely mechanically inclined and began working in the machining trade before he was Thirteen years old. At the age of Eighteen, he started working as a CNC Machinist building logging loaders, yarders, and Skycars for Danebo / Ross Corporation. This experience of building machines weighing in an excess of 100 tons brought a tremendous amount of skills sets to bear in his future development.

Over the course of Three decades, Williams has worked directly as a sub-contractor for some of the largest aerospace, firearms, medical and oilfield companies in the world. Companies like Boeing, Lockheed Martin, BAE Systems, U.S. Repeating Arms Co. (Winchester), Remington Arms, Browning, FN Herstal and many, many more.

During the Gulf War, Williams served in the United States AirForce as a special weapons expert. After serving his country, he returned back to Oregon and continued his casual interest in the world of gold prospecting. It wasn’t until the Spring of 2008, that things became much more serious about the prospects of gold mining. He and his wife purchased a gold claim in Arizona with the thoughts that it would be an enjoyable place to play in the dirt and possibly find some gold during times they could take a vacation from work.

As many have been struck with the gold bug, so did the Williams family. As with most everything that he’s ever been involved in, Williams always takes education to the extreme. Within months, he had met with and even stayed for days on end learning from some of the last surviving masters of the process of fire and torch assaying skills of precious metals, along with commercial flotation experts who were head flotation masters for Freeport-Mcmoran. He was determined to learn everything that he could with respects to identifying and determining the values of potentially precious metal-bearing ores.

It was during his schooling from the late Mr. Charles Butler, that he discovered several high-value gold deposits. With the comprehensive knowledge of State-of-the-Art manufacturing for over thirty years and with the skills of identifying specific ore bodies and being able to perform his own on-site and lab assays, is when the quest for gold truly began.

As with many prospective miners, trying to find the equipment that genuinely works for gold and precious metal recovery is a daunting task, and it wasn’t any different for the Williams family. Throughout the period of ten years, they had purchased every piece of equipment that he could find, from small recreational mining goodies to 100 TPD Denver ball mills and matching Denver flotation Cells. With multiple Action Mining Wave Tables, RP-4 separation tables, iCon Falcon concentrators, Knudsen bowl concentrators, Neffco bowl concentrators and everything in between.

With over 600K investment of equipment, the search had continued because nobody indeed provides the proper equipment for small and medium size miners to cost-effectively hard rock mine. Williams began designing, engineering and manufacturing equipment in 2012 because no one was producing equipment and a process for successful gravity separation of micro-fine gold for his gold mining process.

Fast forward to the start of the beginning of the most significant changes in the mining industry. In an unexpected surprise, he joins forces with Mr. Loftin Lee, the original designer, and builder of the Lee centrifugal bowl and the Lee Wheel, which was started back in the ’80s. Mr. Lee has been gold mining recreationally and commercially since the early ’60s. His designs have been revolutionary in the field of gold and precious metal recovery, but unfortunately never had the ability to manufacture his designs in a large commercial capacity and so most have never heard or seen his equipment. During this meeting of the “minds,” Mr. Paul Nkoy, an electrical engineer and mining liaison to Africa had been working with Mr. Lee for months on trying to produce the equipment for mass production to the world market, specifically Africa.

With the combined resources of the assembled team, they have over 122 years of combined experience from designing, manufacturing, marketing and using gold processing equipment on their own mines as well as other mines around the world.

Mining & Engineering team brings over a Century of manufacturing experience along with the newest State-of-the-Art machining technology, such as 4th & 5th axis CNC (Computer Numerically Controlled) mill centers, 5th axis turning centers, CNC Lasers, CNC high-definition plasma tables, Rapid Prototyping, Computer solid modeling, FEA ( Finite Element Analysis), and so much more. The team is hugely excited about the future, and we are happy that you are following us down this fantastic journey to finally provide small miners the tools to recover gold and precious metals y.

TagsgoldICMJLee Bowlneffco bowl
Next Reading
Smaller Mines In The Future 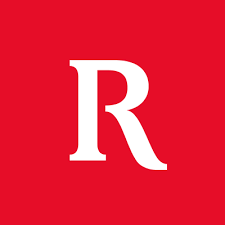 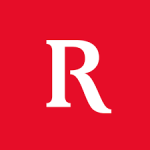 Smaller Mines In The Future

A Two Year Warranty On Bowl